This selection of artist books contains a mixture of works that examine sound, the intersection between music and art, and subcultures fostered by music. 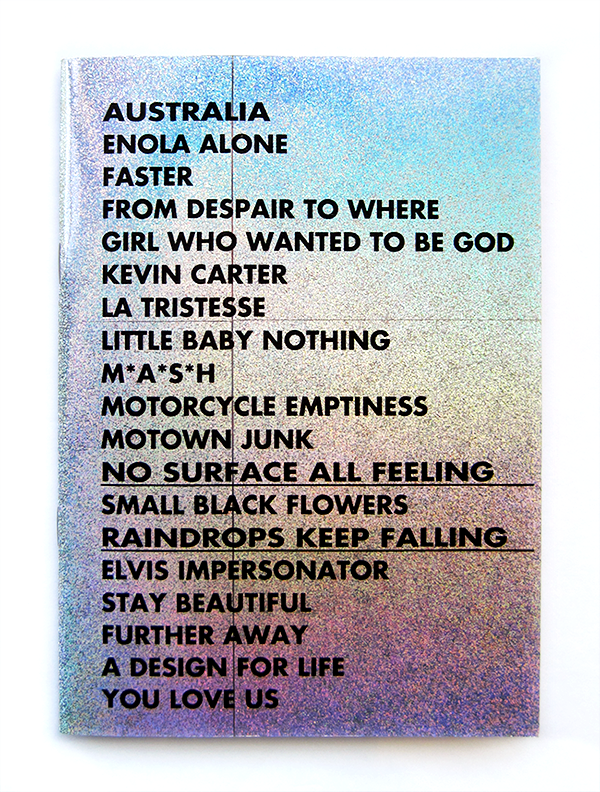 Deller, Jeremy. The Uses of Literacy.