Instant Coffee is a service oriented curatorial and artist collective based in Vancouver and Winnipeg. Instant Coffee developed, in part, as a response to the division and exaggerated difference between studio and exhibition practice. Through formal installations and event-based activities, it builds a public place to practice, where ideas, materials and actions can be explored outside of the isolated studio and in a manner that renegotiates traditional exhibition structures, but is still supported by them. They have shown internationally and have exhibited in many prominent art institutions as well has produced numerous Public Art projects. They have exhibited at the Toronto Sculpture Garden; Subvision, Hamburg; Vancouver Art Gallery; Art Gallery of Greater Victoria; Sølyst Artist Residency Centre, Denmark; Hotel Maria Kapel, The Netherlands; Kuenstlerhaeuser Worpswede, Germany; Flaggfabrikken Kunsthall, Bergen, Norway; Henry Art Gallery; Casa del Encuentro MDE07 encuentro internacional, Medellin, Colombia; Simon Fraser University, Vancouver; Western Front, Vancouver; The Nikkei Museum, Burnaby Incheon; and Artist Center, Korea. They are represented by MKG 127, Toronto.  Instant Coffee’s most consistent members are Jinhan Ko, Khan Lee, Kelly Lycan, and Jenifer Papararo.

The artist collective Instant Coffee, as part of a two week residency at Emily Carr University’s Library, will publish Issue #6 of GOOD NEWS.  GOOD NEWS is a small handmade journal produced on the occasion of an event and typically based on one question as a responsive forum. The journal is often assembled in public and produced under tight time constraints, leaving the collective to scramble for content, material and fabrication. For this issue Instant Coffee will develop its theme on the Emily Carr University Campus and use the studio facilities to produce it.

Instant Coffee will be occupying an open studio in the library throughout the duration of the residency so stop by and get involved!

This is an invitation to participate!

Issue 06 Systems and Diagrams
“In the most general sense, a system is a set of orders or rules that form a function. Systems are organized operations that are structured for a purposed outcome. A system is a method. It is to be applied and followed. Systems are schemes. There are schematics of systems. There are operating systems, systems of justice, solar systems, digestive systems and systems of education. They are to be obeyed or are they resisted? One is part of the system or stands outside of it. A system has logic and flaws. It takes route and becomes entrenched. Systems are drawn. They are formed. They take form. They have structure and are engineered or they are organic. They have paths to follow, lines to be traced and tracked, starting points, circles to be drawn and lines to cross. Systems are mapped and systems have diagrams.”

For, Issue 06 of GOOD NEWS, Instant Coffee collects diagrams of systems from the students, teachers and staff of Emily Carr University. 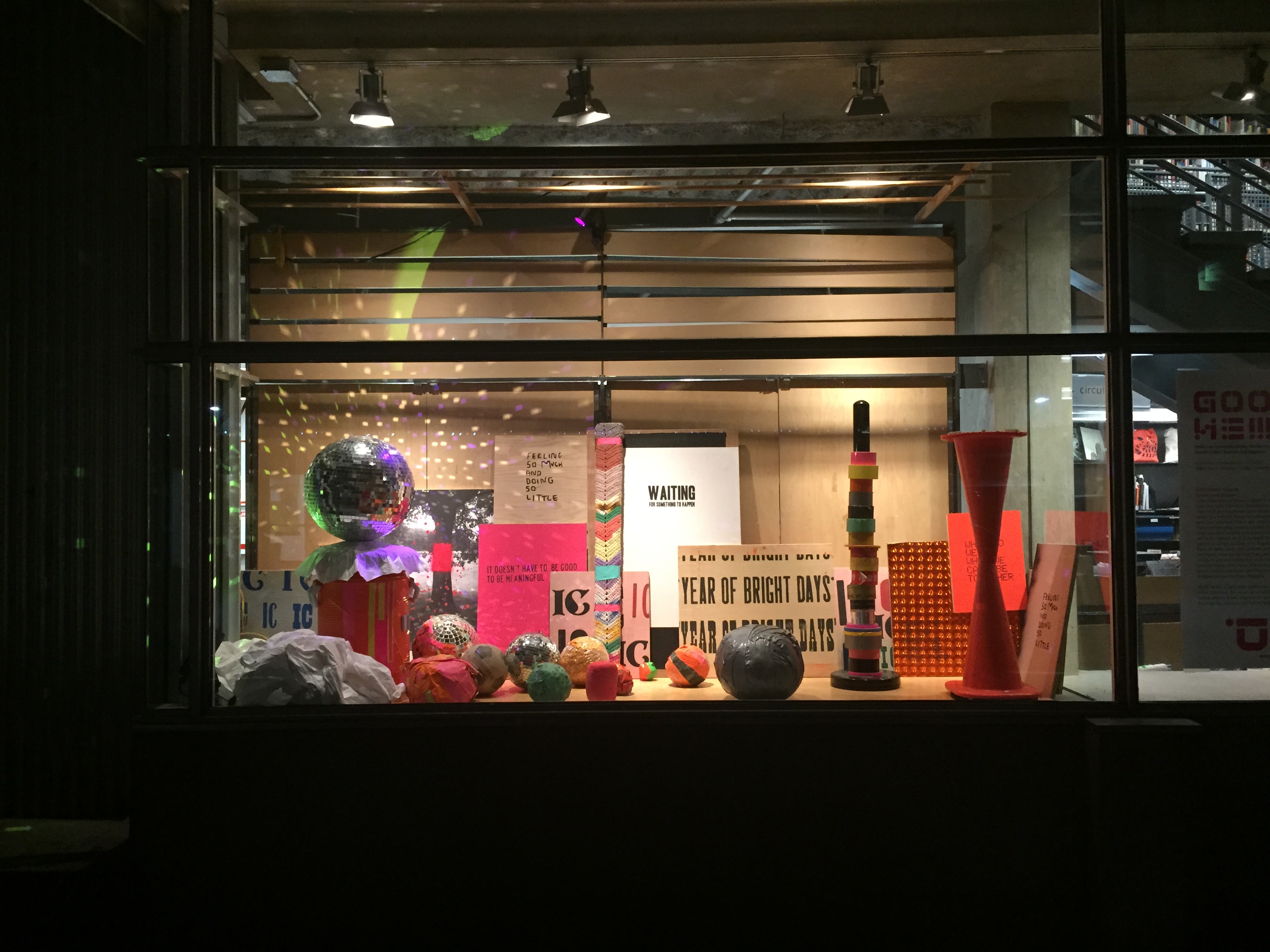 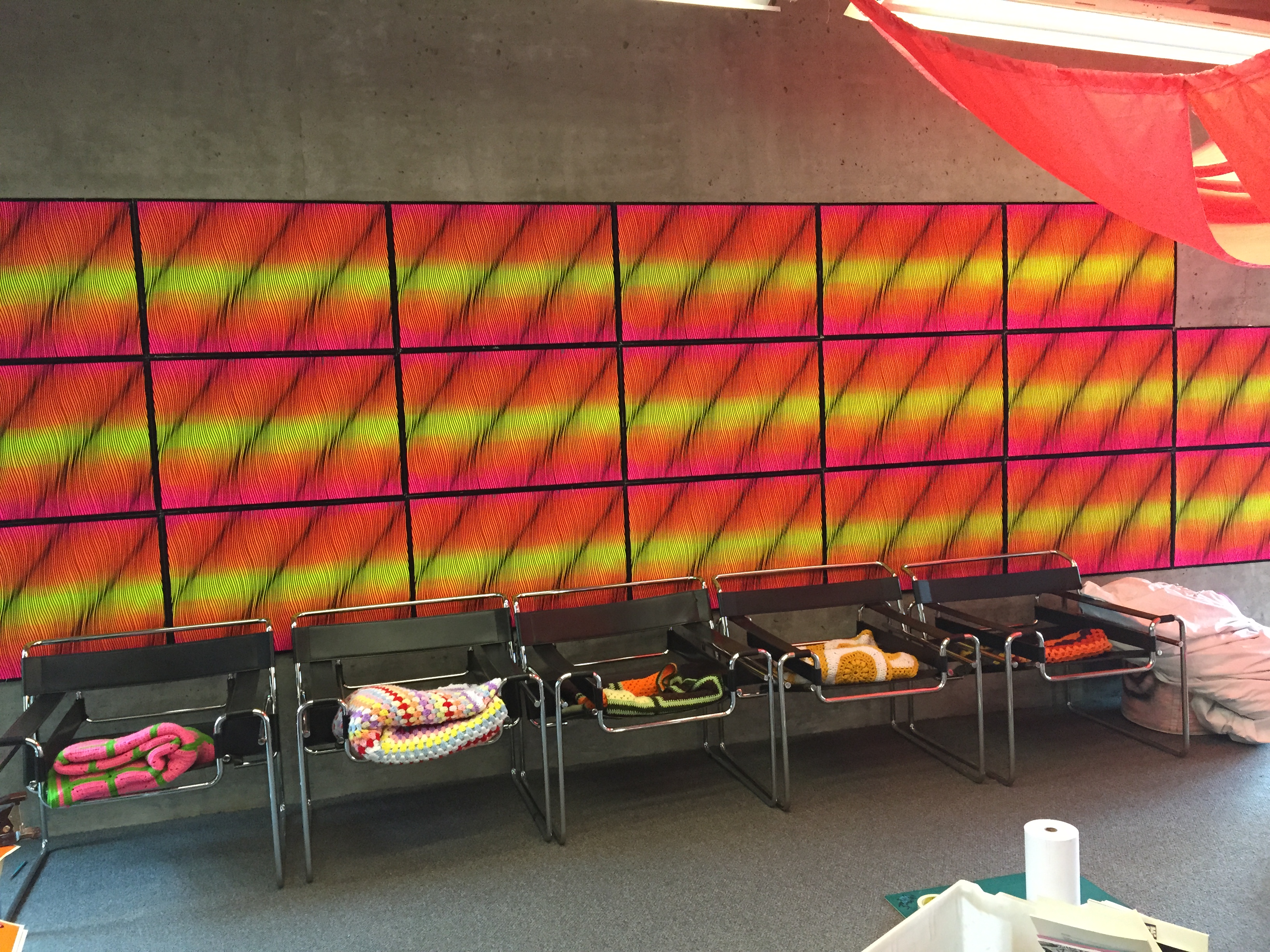 Instant Coffee made the mezzanine feel simultaneously homey and psychedelic 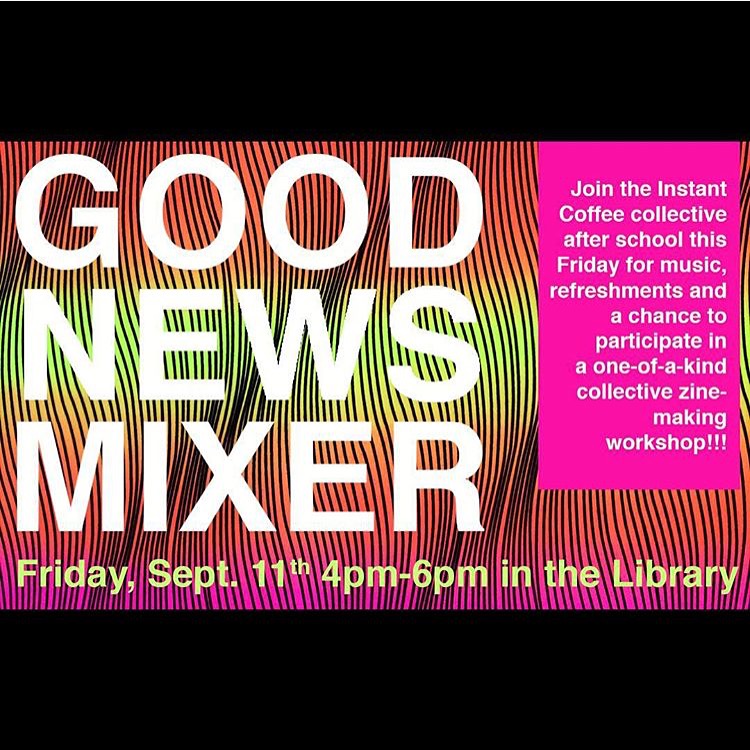 A student made poster for the Good News Mixer that was held on Friday September 11th. 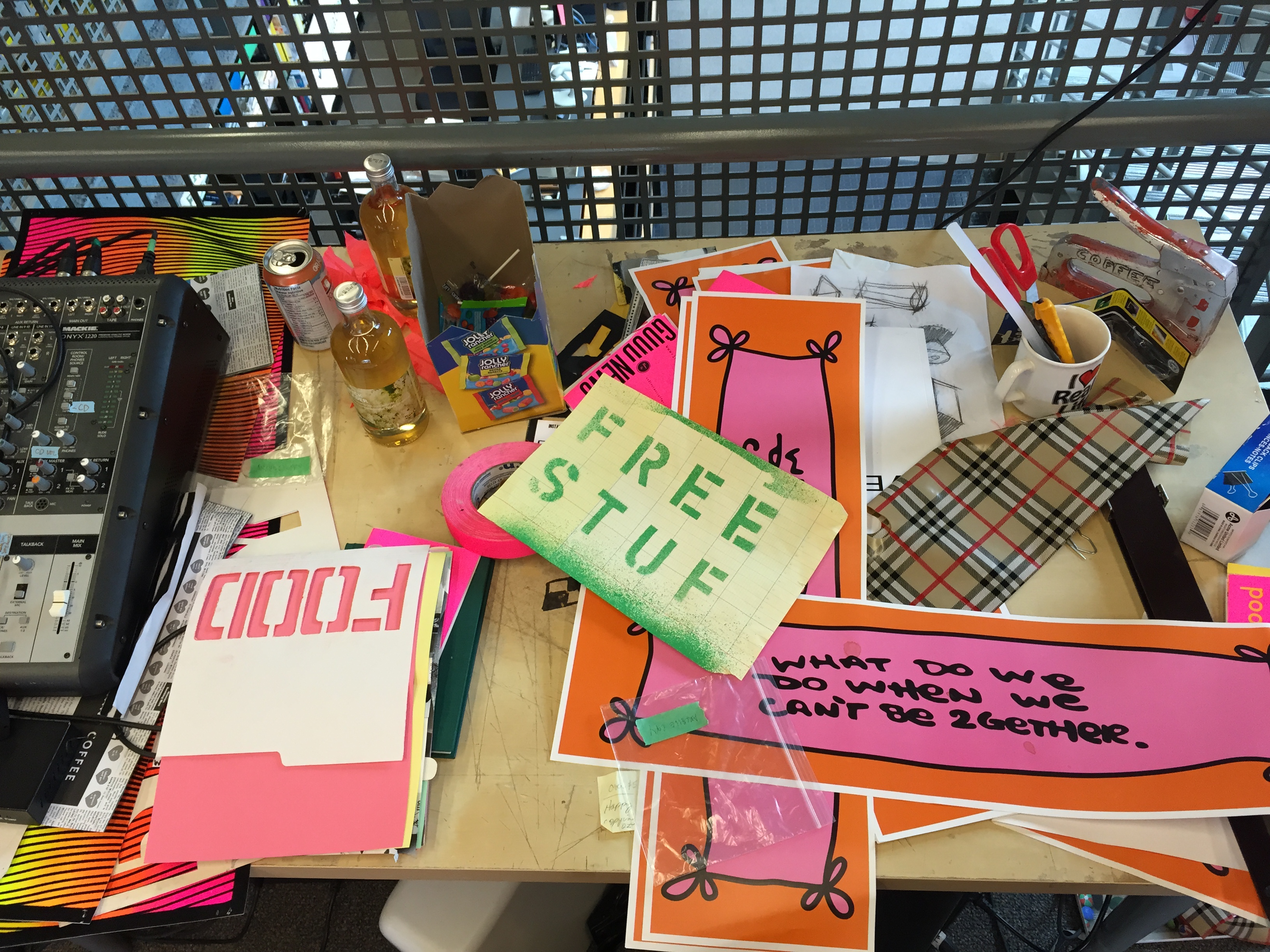