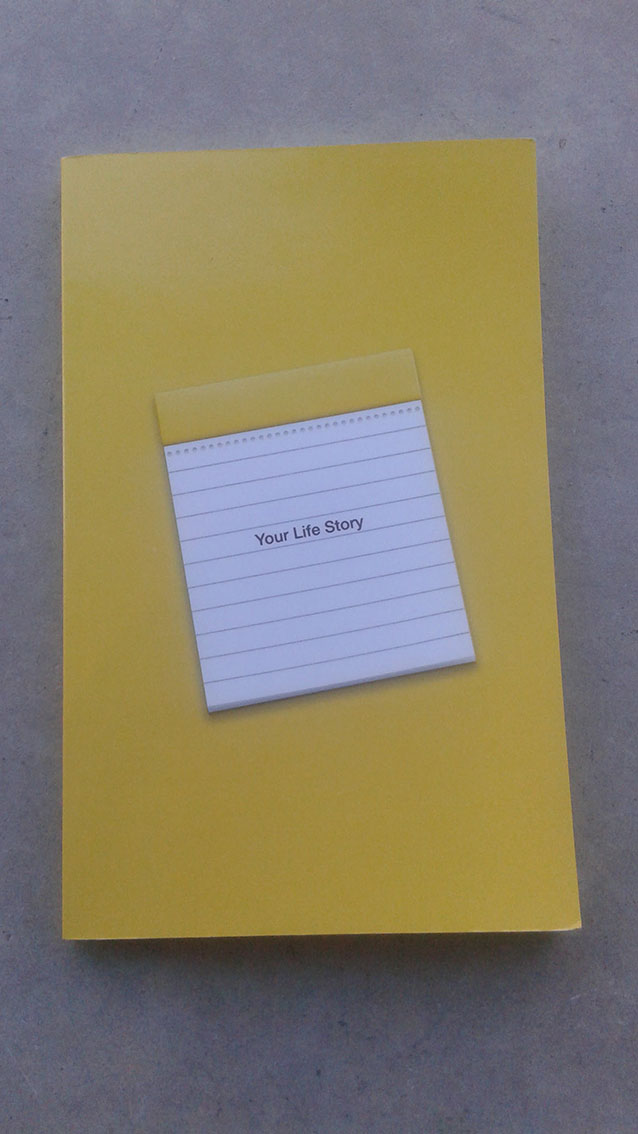 'Your life Story' employs Apple Iphone technology as a means of producing an original transcript. The novel comprises 138 pages of loose narrative composed through the use of the predictive text function.

Speaking in and out of random tangents, the work acts as a subliminal message board that talks about the Government, IOS updates, China and so on.  - Ben Burgess website http://www.benburgess.com.au/your-life-story

This fun book arrived at the library just after the holiday break. We had purchased it from Art Metropole in late 2016. I was intrigued by the process of creation so I reached out to Ben Burgess and he was kind enough to answer a few question I had regarding his book. Be sure to check out Ben's work on his website.

1. What motivated you to create a book using iPhone predictive text?

At the time that I made Your Life Story, I was thinking a great deal about technology’s ability to simulate humanity and the limitations of that. This project was a test to see the extent to which technology could replicate a creative task. In an obscurely irrational way I believe it did a respectable job.

2. Can you describe the process for creating this book using predictive text? What kinds of things would you type in to generate the text that we see?

I began with the word ‘The’ which seemed reasonable as a starting point. From then on each word was manufactured through the predictive text simulation on my iPhone, completely unhindered by my personal motives.
The text was written on my iPhone, sent to my computer, entered into a document, the file was then sent to a production house and the books were on my doorstep within a few days. It was important that there was never any contact with other human entities and that the book ended at 138 pages (the same length as A Clockwork Orange by Anthony Burgess).

3. How long did it take to create this book?

The book itself took almost two months to generate a final hard copy. It took on the lifespan of what I assume a regular novel would take: There was the initial eagerness, the writer’s block and the home stretch when all the ideas seemed to fall into place.

4. How do you anticipate readers/viewers to interact with your book?

I don’t anticipate that this text will ever be read from start to finish. That’s wishful thinking. Conversely, I believe it’s what the tactile object represents. It is the intangible, made tangible. Thus allowing us to hold a deeper, physical understanding of the impact and foresight of this technology. It’s interacted with as I half-heartedly accept that many artbook’s are; as a pick-up and flick through, in hope that an arbitrary string of words will catch the viewer’s eye and resonate as meaningful.

5. Do you have any other interesting ideas we can look forward to for artists' books?

I am taking a break from examining the darker side of technology and attempting to create more humble artwork/s. I currently have a healthy obsession with wind and windows, and find myself regularly photographing both. Whether this manufactures itself in the form of a book, who knows. But it’s a nice, poetic idea at this point.

Enter your e-mail address to receive notifications of new posts by e-mail.