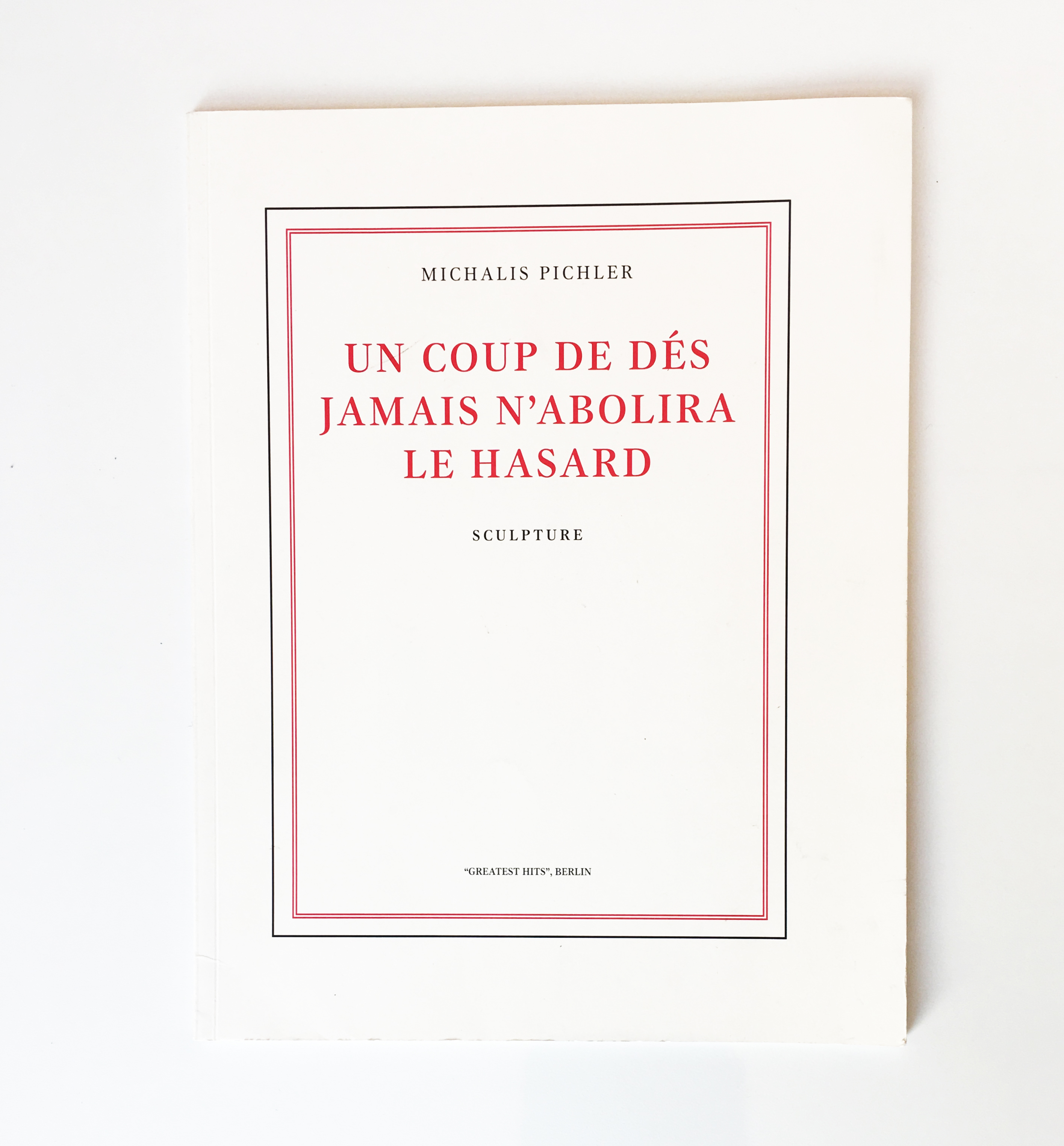 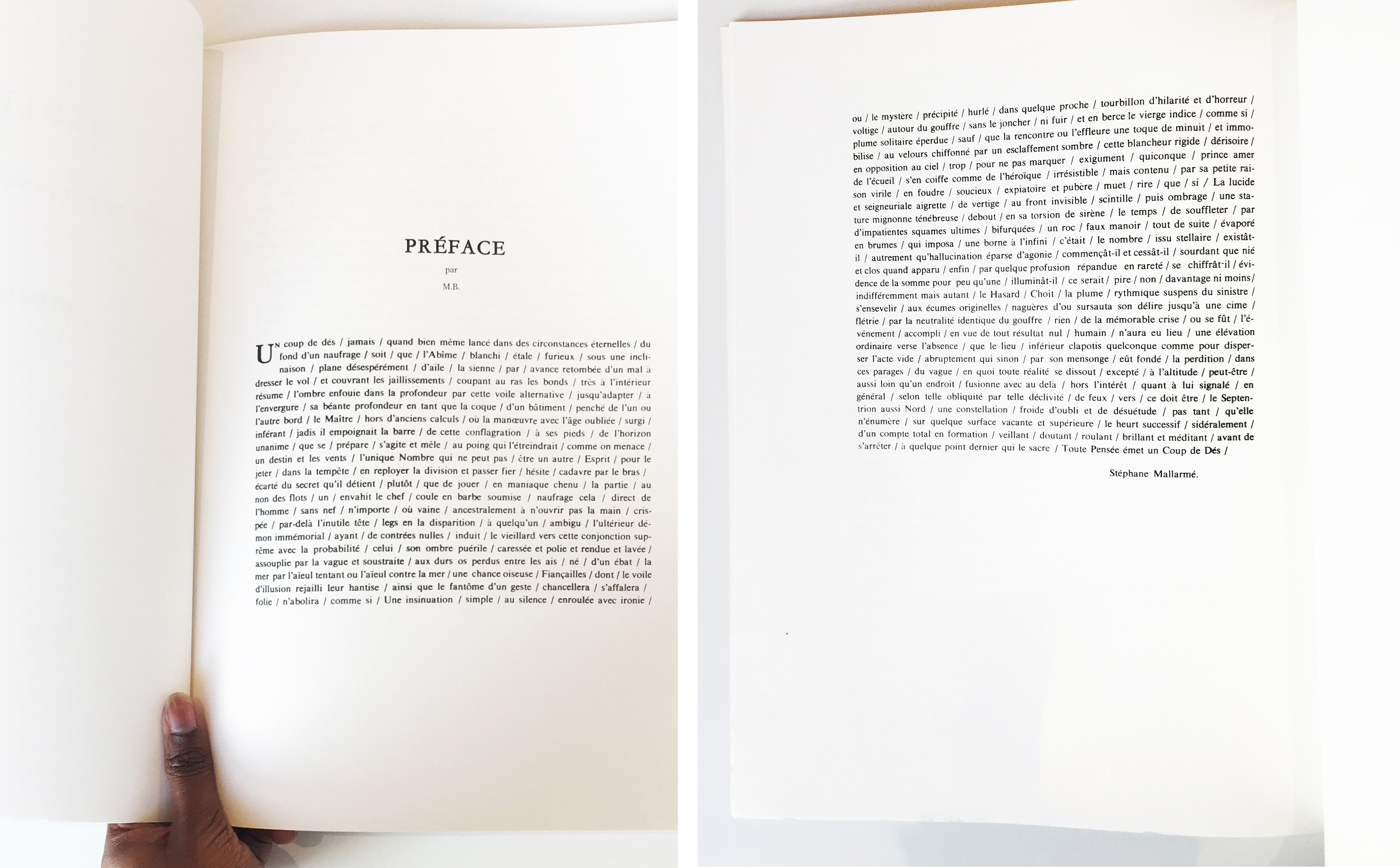 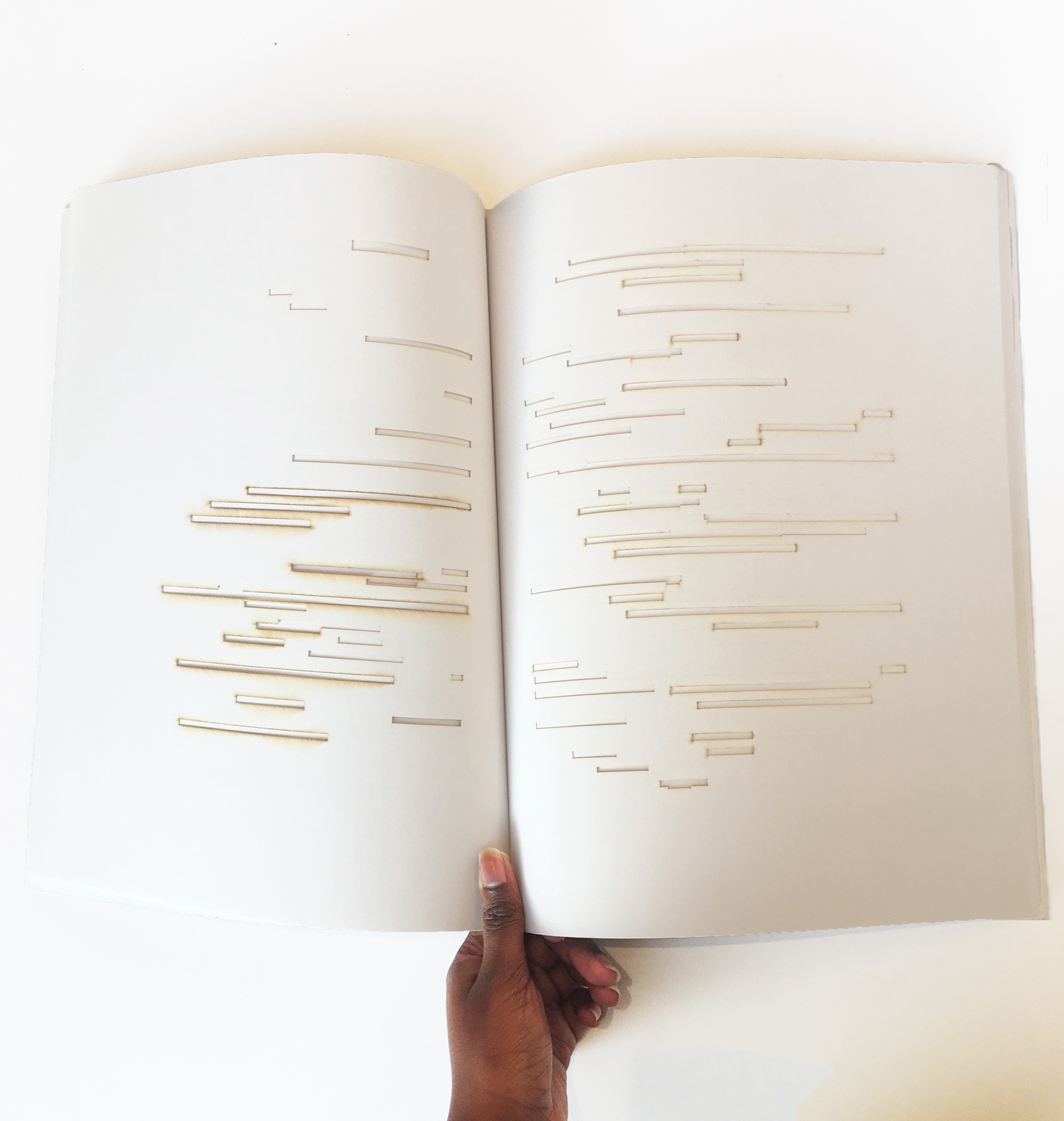 Stéphane Mallarmé was a 19th Century French Symbolist poet who was recognized as one of France’s four significant poets alongside Charles Baudelaire, Paul Verlaine, and Arthur Rimbaud. He was known for his complex poetic language that was thought to be “difficult to understand because of its tortuous syntax, ambiguous expressions, and obscure imagery.” (poetryfoundation.com). One poem, in particular, brought him great recognition near the end of his life, that is, un coup de dés jamais n'abolira le hasard (A throw of the dice will never abolish chance) which was originally published in Cosmopolis in May 1897. Un coup de dés jamais n’abolira le hasard was thought to be of extreme originality because of its complex typographical layout. The Poetry Foundation explains the poem structure as follows:

“The words and sentences are sparingly and unevenly distributed across the double-page, which Mallarmé uses as his “frame” instead of the single page, so that the lines of print, sometimes trailing across the paper like a drawing of the wake of a ship, sometimes grouped together like black dots on white dice (a wake is white; a drawing of it is black), and sometimes more widely scattered like black stars in a white sky, reinforce the three kinds of imagery that dominate Un coup de dés” (poetryfoundation.org) 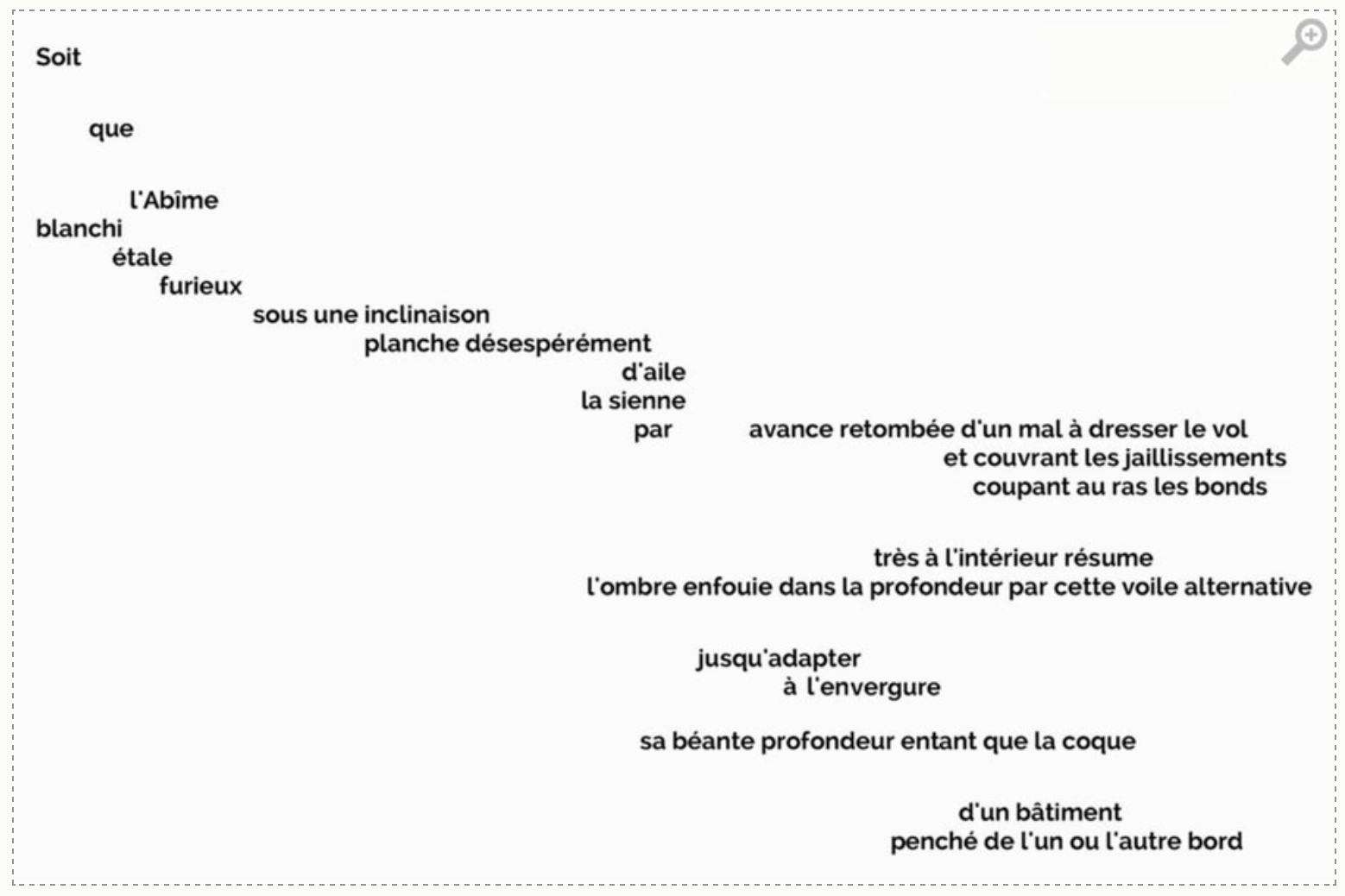 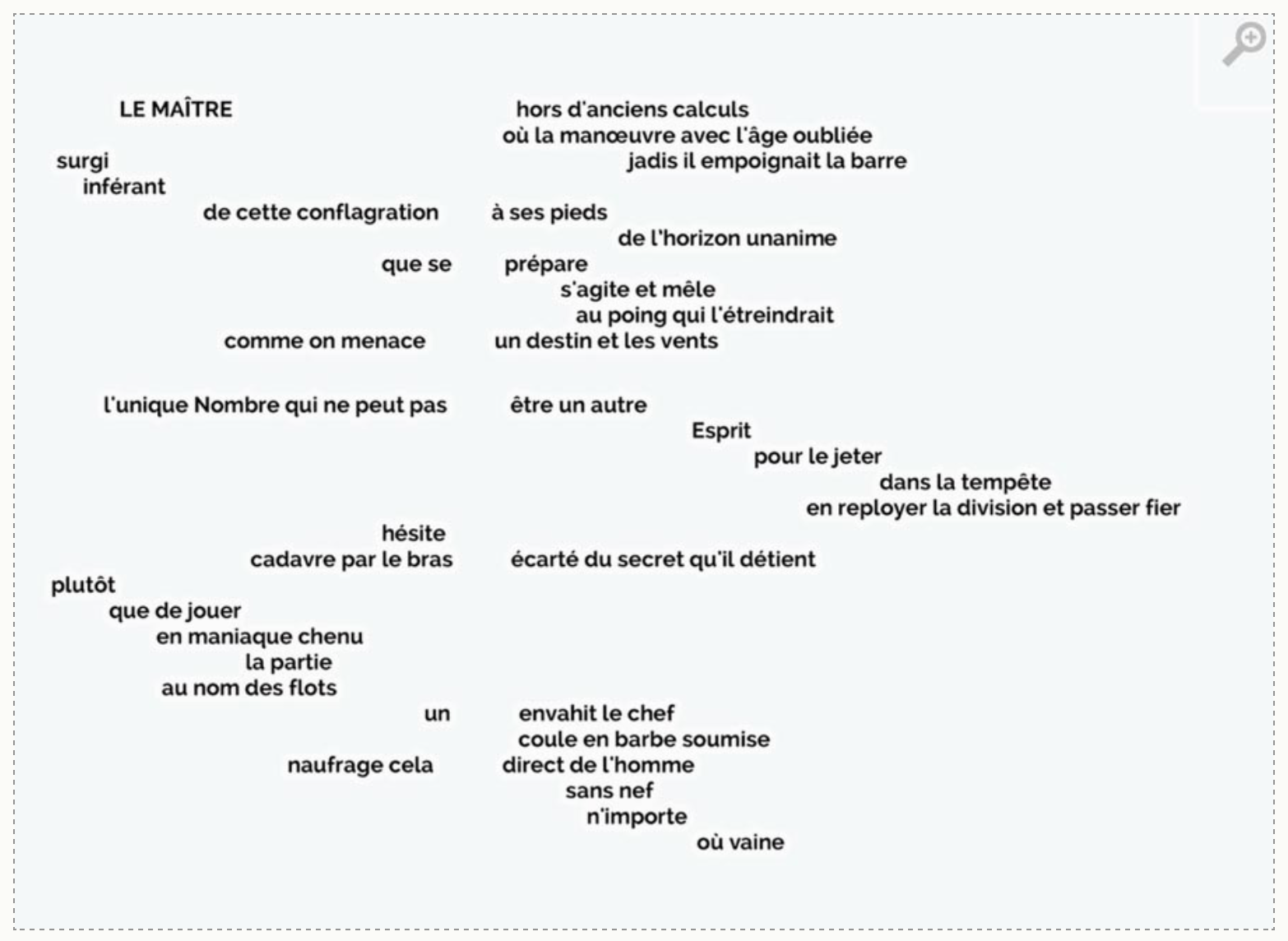 It is through this influential work that Michalis Pichler creates this sculpture. Pichler, who is a trained sculptor and has an education in architecture, creates a book that follows the structure of Un coup de dés jamais n’abolira le hasard's layout while replacing the spaces where the words would be with laser cuts. This leaves precisely cut out windows that reveal the pages and, subsequently, the window cutouts in them through it. This approach further builds upon Mallarmé’s note in his preface, where he writes:

“The ‘blanks’ indeed take on importance, at first glance; the versification demands them, as a surrounding silence, to the extent that a fragment, lyrical or of a few beats, occupies, in its midst, a third of the space of paper: I do not transgress the measure, only disperse it. The paper intervenes each time as an image, of itself, ends or begins once more, accepting a succession of others, and, since, as ever, it does nothing, of regular sonorous lines or verse – rather prismatic subdivisions of the Idea, the instant they appear, and as long as they last, in some precise intellectual performance, that is in variable positions, nearer to or further from the implicit guiding thread, because of the verisimilitude the text imposes.” (poetryintranslation.com)

- Translated from French by A. S. Kline 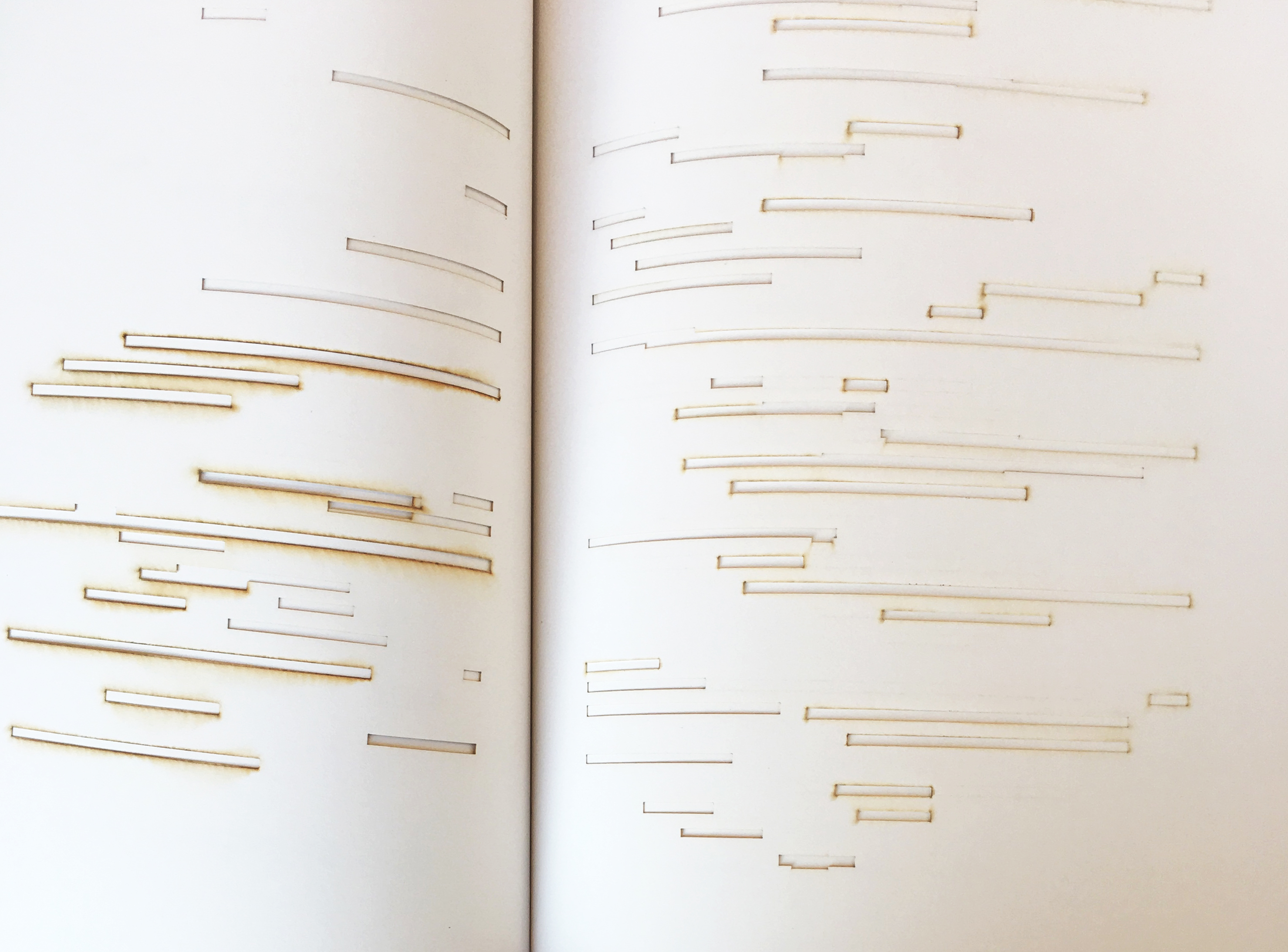 Mallarme’s use of the blank paper to create visual imagery that supplements that of his words alludes to the idea of meaning also existing in the spaces between. The poem goes beyond its words and also finds meaning in the words left unsaid and the volumes that those blank spaces convey. Pichler’s work only further adds to these ideas through those cut out windows and the subsequent shadows it creates. Each turn of the page becomes a performance in of itself, where light and space are the lead actors. The relationship between the poem and the sculptural pages takes the viewer on a transportative journey where meaning is ephemeral and yours to decide. 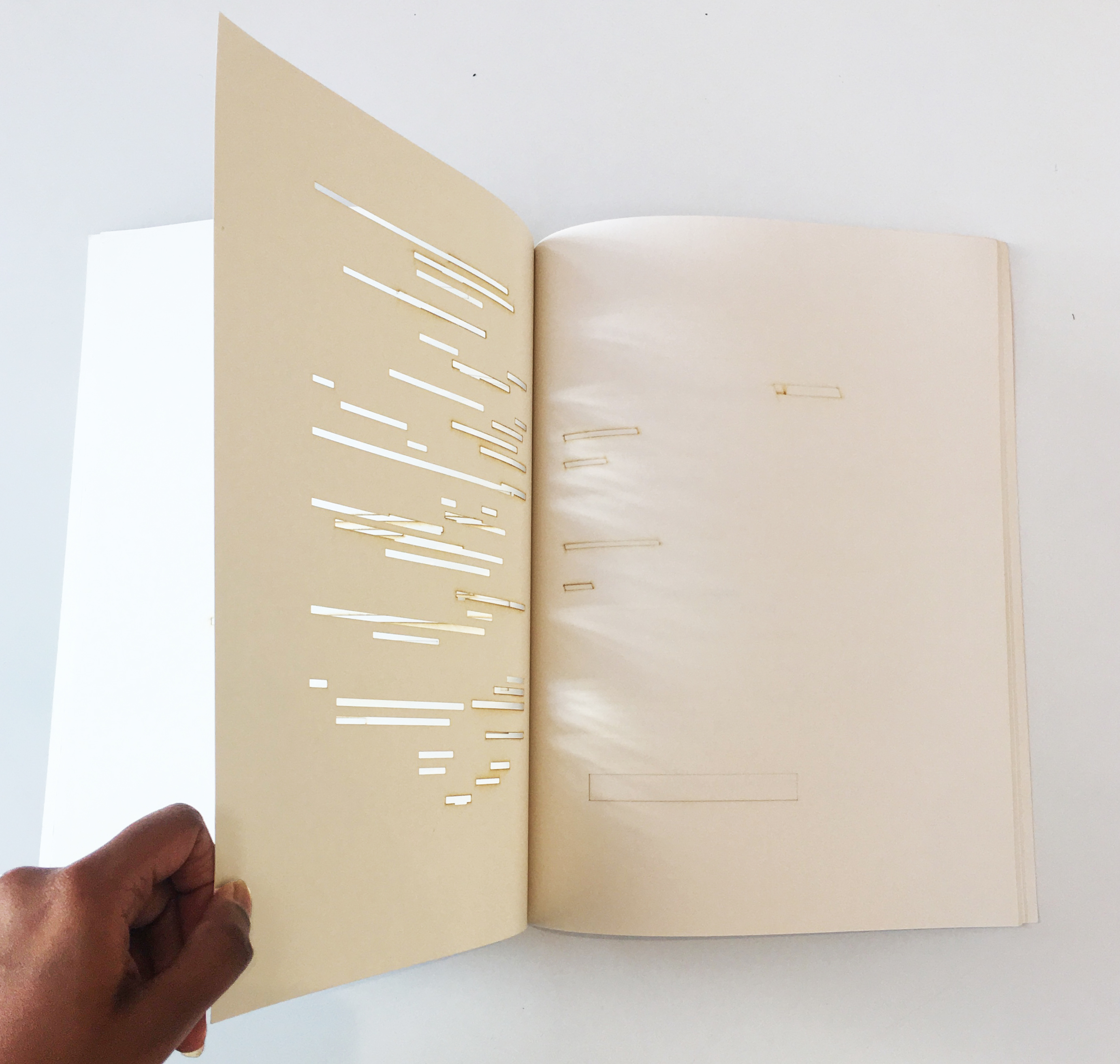 Enter your e-mail address to receive notifications of new posts by e-mail.